High use of medications in Norwegian nursing homes 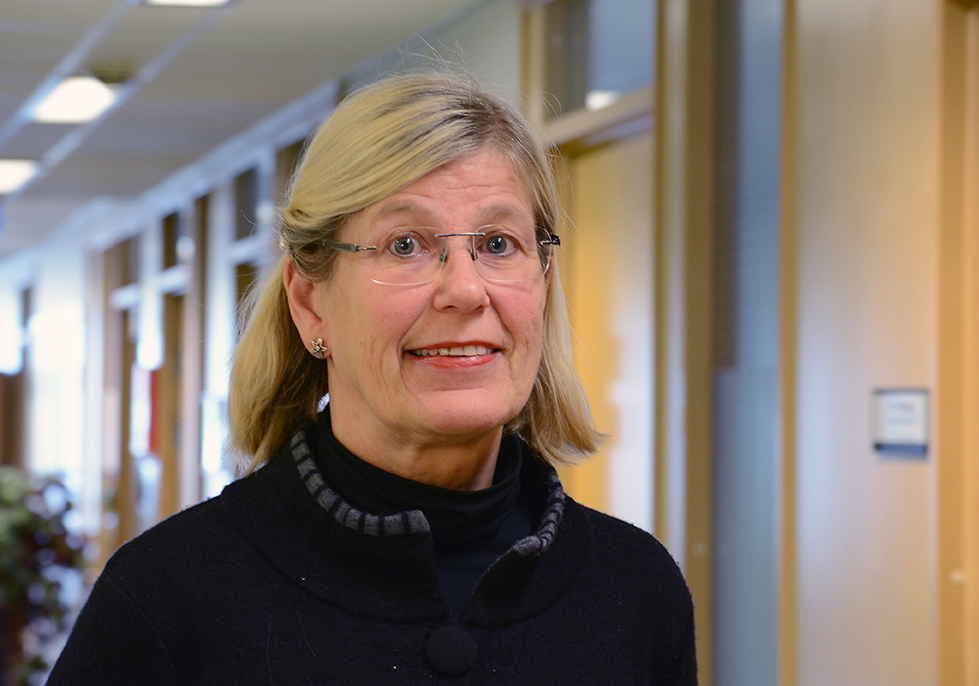 Postdoctoral fellow Anne-Sofie Helvik at NTNU’s Department of Social Medicine and Nursing says that nursing homes must first and foremost focus on high quality care rather than on medication. Photo: Frøy Katrine Myrhol

For the first time ever, researchers have looked at the long-term use of psychiatric medication in Norwegian nursing homes. Psychiatric drugs are a collective term for medicines used to treat mental disorders, such as antipsychotics, anxiolytics (anxiety suppressants), antidepressants and sleeping pills. The researchers followed approximately 1000 residents in different Norwegian municipalities for a period of six years. Experienced nurses who were specially trained for the study collected information about each of the patients during the period. Residents, nurses and family members all agreed to residents’ participation in the research study. Data collection in the study took place from 2004-2010. Nurses obtained information from residents' medical records and through interviews with residents' relatives via questionnaire. The information was also given to residents and relatives afterwards. The study revealed that the use of medications for mental illness was high, regardless of whether residents had dementia or not. Those who had symptoms such as aggressive behaviour, irritability and hallucinations were more likely to be prescribed psychotropic medication.

The researchers discovered that even when residents’ symptoms improved over time, many stayed on the medication. Possible side effects of long-term use include more rapid progression of dementia, as well as higher risk of stroke, falls and early death. The study has been published in the BMC Geriatrics journal.

Nursing care rater than medication
Norwegian national guidelines state that antipsychotics should be used for as short a time as possible. Administering these medications requires good follow-up of residents. It is important to assess whether the treatment is effective or if adverse effects occur. Changes in symptoms must also be observed and recorded. “Antipsychotic medications shouldn’t be the first treatment option. It’s important to eventually try to eliminate the drugs, and then see how the resident is doing. High quality nursing care rather than medication has to be the primary focus,” says Anne-Sofie Helvik, a postdoctoral fellow at NTNU’s Department of Public Health and Nursing. She is the first author of the research article published in BMC Geriatrics. "This means that nursing homes should look at the continuity and organization of care, and what principles drive them. They also need to be aware of how knowledgeable employees are in dealing with dementia and providing individualized person-centred care, for example,” she says. “When the nurses who are responsible for residents on a daily basis provide medication, they also need good systems for observing the symptoms and health of the elderly so that they can orient and update the doctor who’s responsible for treatment. Doctors often spend only a few hours at a time in nursing homes and depend on information from the staff,” says Helvik.

Risks are greater with longer stay
The research article further indicates that residents who lived in nursing homes for a long time also had a greater likelihood of being prescribed anxiolytic and antipsychotic drugs. "Many of the employees do a wonderful job, but they need more knowledge and professional input to understand and facilitate the needs of the individual patients.” Helvik says, “It could be that the residents respond better to the care measures given to them immediately after they arrive, and so they aren’t medicated early on. These measures might include reducing stress in patients with dementia by the staff getting to know the new residents, listening to how they feel, noting what challenges the residents have and how they’re settling in.” The study shows that for various reasons, “more people get medicated when they’ve been in the nursing home for a long time. It may be that residents who’ve been there for a while don’t receive the same level of attention and follow-up. Some residents may not respond well to the care measures that are given. We don’t know the causes of our research findings yet, but it would be interesting to understand them better," says Helvik.  People who lived in larger nursing homes also used anxiety suppressants more often and longer than those living in smaller nursing homes. The researchers are not sure why that is the case, but it might be connected with noise levels.  “I imagine that larger nursing homes have more activity and higher noise levels, which in turn can contribute to insecurity and anxiety in residents,” says Helvik.

Non-dementia residents on more sleeping pills
About 80 per cent of the residents of the study had dementia, while the rest suffered from serious age-related impairments that made it difficult for them to receive care at home. The study shows that residents who did not have dementia took sleeping pills for long stretches more often than those with dementia. Helvik suggests that people who do not have dementia may be better able to tell staff how they’re doing, and can even request sleep medication. She believes that increasing staff members’ expertise and continuity of care, as well as their awareness of the consequences of drug use, would help to reduce the use of psychiatric medications in nursing homes.  "Many of the employees do a wonderful job, but they need more knowledge and professional input to understand and facilitate the needs of the individual patients. Some nursing homes also have the challenge of high staff turnover, which demands even more continuity of care and follow-up to know how the residents are doing. It’s also important for nurses to have a solid understanding of the effects and side effects of the drugs," says Helvik.

More short-term residents than before
Kjellaug Enoksen heads the Norwegian Association for Retirement and Nursing Medicine, and is the chief physician for nursing homes in Askøy municipality. She believes that the causes of high and prolonged medication may be linked to resources and expertise in nursing homes.

"The population of nursing homes has changed dramatically. Nursing homes have a lot more short-term residents than before. Once these patients have completed their treatment, they require additional medical and nursing resources to be discharged. This may mean that these resources get diverted from the long-stay patients in permanent beds," says Enoksen.

She has worked at several types of nursing homes and knows from experience that it can be tough to have enough resources and expertise on hand for nursing homes with permanent beds. Long-stay patients are also the most fragile, and need to be closely monitored by competent staff, as well as receive regular adjustments to their medications.

"When resources are transferred to other patient groups, it means that long-stay patients receive poorer follow-up and lower quality care than they should, resulting in their medication list not being reviewed.

Enoksen says that the Ministry of Health and Care Services issued a new regulation this year, which commits municipalities to ensuring a thorough review of medications in nursing homes once a year.

Medicine cheaper than nursing care
She thinks that financial resources may also be an issue if medicating patients is becoming the first treatment choice over nursing care.

"It costs money to hire a caregiver for extra shifts, and it's cheaper to medicate. It doesn’t seem implausible for nursing homes to be susceptible to resorting to psychotropic drugs rather than using nursing staff,” Enoksen says.

The chief physician believes that nursing homes have failed to place adequate emphasis on the correct skills. The nurses who have daily contact with residents should be provided with knowledge of quality care and good follow-up, such as protecting patients from environmental irritants and how to deal with agitated behaviour. A dissertation on the treatment of depression by Kristina Riis Iden from the University of Bergen describes this approach, she says.

"The results of this research show that caregivers report to the nurses if any of the residents seem depressed. The nurses in turn convey this information to the doctors who start treatment, but often they start medicating the resident without the necessary tests and examinations. So we also need doctors who are dedicated to being on location,” says Enoksen.

Twitter
Tweet
Altro in questa categoria: « A study warns about the impact of the carp in shallow lakes with high ecological value for the preservation of waterbirds Honda invests in car key security research »