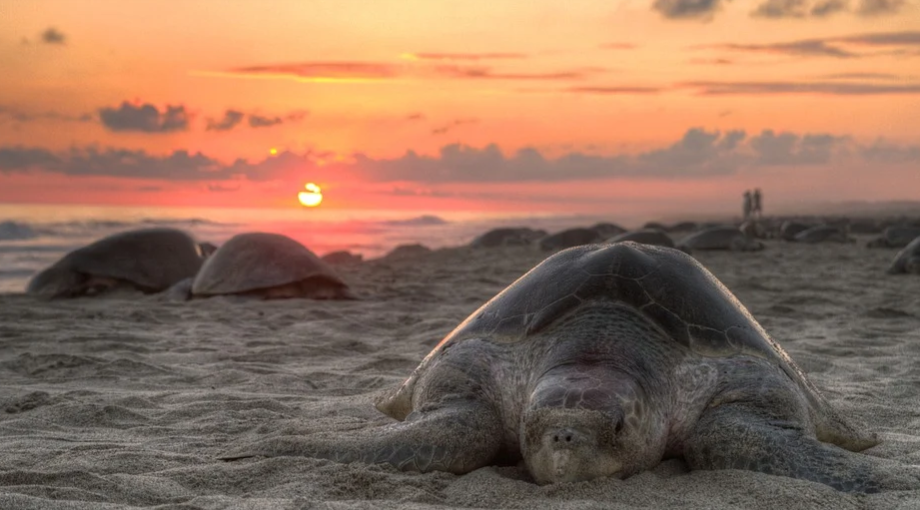 While it's only about a 10-kilometer stretch, Juno Beach is home to one of the largest aggregations of nesting green sea turtles (Chelonia mydas) in Florida and is one of the highest-density nesting beaches in the state. Although this high-profile turtle population has routinely been monitored for nest counts since 1989, an in-depth health assessment of these turtles has never been conducted.

Researchers from Florida Atlantic University's Harbor Branch Oceanographic Institute and Loggerhead Marinelife Center have conducted the most comprehensive health assessment for a green turtle rookery in the world to date. Findings from the study provide critical insights into various aspects of physiology, biology, and herpesvirus epidemiology of this nesting population and are especially timely as the world observes "Sea Turtle Day."

Results, recently published in the journal Endangered Species Research, are hopeful for this population of green sea turtles in southeastern Florida and offer important data on the profile of health for future comparative investigations.

A total of 4,343 green turtle nests were documented on Juno Beach in 2017, which was the busiest nesting year on record for this beach. For the study, researchers collected blood samples from 60 female green turtles that nested on Juno Beach in 2017. They evaluated a broad suite of biological and health data, including measures of reproductive success, morphometrics, hematology, plasma chemistry, plasma protein fractions, haptoglobin, corticosterone, and measures of oxidative stress, antioxidative capacity, and innate immunity. They also tested for two herpesviruses of green turtles, ChHV5 and ChHV6, which are implicated in fibro-papillomatosis (FP) and respiratory and skin disease, respectively. FP is a debilitating disease of sea turtles characterized by neoplastic growths on the skin, shell, and/or internal organs.

Researchers differentiated between previous viral infection versus recent infection/reactivation, and evaluated the results alongside health analytes to understand whether either infection state was associated with detectable physiological changes.

"The fitness of the turtles examined for this study is likely representative of the health of the ecosystems in which they forage and the oceanic corridors through which they migrate," said Page-Karjian. "As human activities continue to affect sea turtle population recovery, these comprehensive baseline data from our study will provide a valuable resource for evaluating the impacts of various stressors such as habitat degradation on the population over time and will help inform wildlife and environmental policy management."

Green turtles are the second most common sea turtle species to nest on the coast of Florida, after loggerhead turtles (Caretta caretta). Sea turtles are considered to be sentinel species of environmental health, whereby sea turtle health is thought to reflect the health of the ecosystems they inhabit. Thus, examining sea turtle health is an important component of any coastal ecosystem health survey that includes sea turtle developmental, foraging, and/or nesting habitat(s).