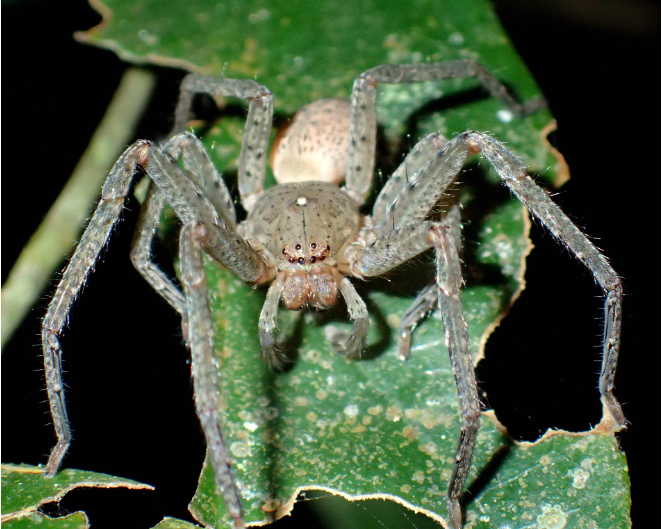 Senckenberg arachnologist Peter Jäger has described a new genus of spiders from Madagascar: Thunberga gen. nov. is comprised of five species of huntsman spiders. The name refers to the Swedish climate activist Greta Thunberg and her commitment to tackling climate change. Thus, Jäger alerts the public about the threats to Malagasy and global biodiversity. The study was published in the journal "Zootaxa" yesterday.

Huntsman spiders (Sparassidae) do not build nets. However, as pointed out by their name, members of that family are known as active hunters. "For a long time, a huge diversity within this group has been assumed", Dr. Peter Jäger from the Senckenberg Research Institute and Nature Museum in Frankfurt explains and continues: "So far, however, little attention has been paid to the African Sparassidae. I was now able to describe a previously unknown genus in this family."

A total of four species from Madagascar were transferred to the genus Thunberga, which were redescribed and illustrated. The representatives of this group differ from other huntsman spiders by their cheliceral dentition and eye arrangement as well as their uniquely dotted prosoma.

He also discovered a completely new species on the African island: Thunberga greta. When choosing the name, the Swedish climate activist Greta Thunberg inspired the Frankfurt arachnologist: "Her commitment to the fight against climate change and for a better future on our planet is impressive", Jäger says. In the summer of 2018, the now 17-year-old went on strike in front of the Swedish parliament. She established the foundation for the Fridays For Future movement, which is now represented in over 100 countries. According to Jäger, who has already participated in several of these demonstrations, the naming of the new species is intended as a wake-up call. It is supposed to ensure that the protesters' demands are heard by both politicians and the industry: "The rising temperatures affect all areas of nature – including the endemic diversity and spider fauna of Madagascar.”

Peter Jäger has described many new species of spiders within the last 20 years. Thunberga greta is exactly the 400th species he discovered. Over and over again, he uses prominent names to draw attention to problems affecting our planet’s environment. The best known example so far was the Southeast Asian huntsman spider species Heteropoda davidbowie.