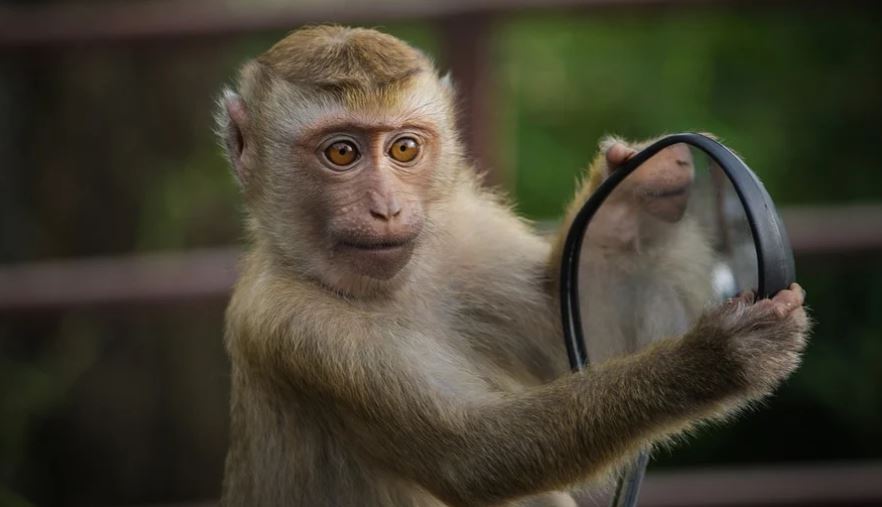 Human babies always get this curious look in their face combined with the question whom the child resembles most. The answers vary depending on the degree of kinship, gender and the time of assessment. Mandrills, monkeys living in Equatorial Africa, may recognize facial features coding relatedness better than humans. Scientists at the German Primate Center - Leibniz Institute for Primate Research in Göttingen, together with colleagues from the Institut des Sciences de l’Evolution de Montpellier (ISEM), showed by using up-to-date artificial intelligence (AI) that half-sisters, who have the same father look more alike than half-sisters who share the same mother. The paternal half-sisters also have closer social relationships with each other than unrelated mandrills. This result provided the first evidence suggesting that interindividual resemblance has been selected to signal paternal kinship (Science Advances).

Throughout the animal kingdom, related conspecifics show similar features. Some are the spitting image of each other. However, whether resemblance between kin merely reflects their genetic resemblance or results from selection to facilitate their recognition is still unknown. A team of scientists led by Marie Charpentier of the ISEM in Montpellier, including Clémence Poirotte and Peter Kappeler of the German Primate Center in Göttingen, used for the first time artificial intelligence (deep learning) to examine the hypothesis that the similarity of the facial features of free-living mandrills is the result of selection. The database consisted of 16,000 portraits of mandrills, taken since 2012 as part of the Project Mandrillus in Gabon. This natural population of mandrills is the only one habituated to the presence of humans. Using a trained algorithm of deep learning, the individuals were first identified and then quantified in terms of facial resemblance. The results were subsequently related to relatedness data of the study animals.

Mandrills live in groups consisting of more than 100 individuals and are characterized by the fact that the females are maternal relatives. They are familiar with each other and remain in the same family throughout their lives. Since reproduction in mandrill groups is mainly monopolized by the alpha male, young mandrills of similar age often have the same father. However, as members of different family groups within the large groups, they should hardly know each other. Nevertheless, half-sisters on the paternal side, as well as half-sisters on the maternal side, interact with each other more often than unrelated animals. "This observation suggests that paternal half-sisters recognize each other as relatives by their facial features. Although maternal and paternal half-sisters share the same degree of genetic relatedness, the facial resemblance is stronger among paternally related females. We suspect that the similarity of facial features between paternal relatives has evolved to facilitate social discrimination and nepotism between kin," says Clémence Poirotte.