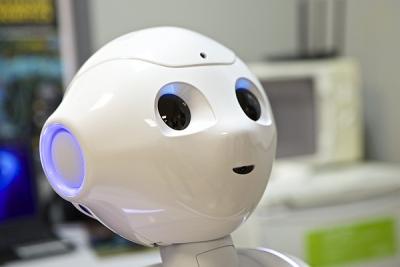 Retogar Improving the autonomy and care of dependent people with acquired brain injury is the scientific and technological challenge of the Retogar project led by researchers from the University of Alicante Institute for Computer Engineering Research (IUII), Miguel Cazorla and José García. These experts started in January and will be focusing on the project through 2019, with virtual reality applications and 3D interfaces, as well as sensors to monitor the movements of this type of patients. Design of an intelligent environment with alerts and geolocation sensors to detect risk scenarios inside and outside the home such as orientation errors, motor difficulties or reduced visibility due to hemiplegia, among other situations. On the other hand, the project focusses on the development of a social robot to improve the interaction with the patient in their physical and cognitive rehabilitation, and even to bring objects closer and to recognise their mood by their facial expressions.

"Other than interacting with the patient, it would guide them with daily therapeutic exercises and activities such as taking medication or brushing their teeth," Miguel Cazorla stated. As explained by Cazorla, for integral assistance in this regard, IUII researchers have been working on the commercial robot model Pepper to program it with regular behaviours and scenarios while giving it real interaction capabilities using natural language processing techniques combined with visual attention and sound learning." All the technological challenges addressed in the Retogar project will be tested at indoor and outdoor scenarios with real patients thanks to the collaboration of the Casaverde Foundation, dedicated to the neurological and physical rehabilitation of dependent people, with which UA holds collaboration agreements. Attention of dependent people is one of the priority lines of research of the University of Alicante Institute for Computer Engineering Research.

Actually, Retogar is part of a project carried out between 2014 and 2016 which resulted in the creation of an innovative multi-sensor device capable of adapting to customised needs of patients with motor and cognitive disabilities for rehabilitation therapies.

The project is financed by the Ministry of Economy, Industry and Competitiveness, within the R&D +i State Programme aimed at the Challenges of Society, co-funded by the European Regional Development Fund (ERDF).